With public and media attention focused on Mark Zuckerberg’s congressional hearings regarding user privacy and data, among other topics. It was noticeable that some members of Congress used the hearings as an opportunity for a political sound bite, and Zuckerberg at times had to explain basic features and settings on the app.
Overall, there are key lesson we can take out from it to apply to our local context. Here’s what regulators, Taxman, users, brands, marketers should take away from the hearings:

Regulators
Its time we stat paying attention to technology usage and application so as to lay in place policies that will mitigate the abuse of the technologies and protect interests of our citizens.
It will be of great help if regulators are abreast with the development of the GDPR compliance in Europe and set in motion similar laws locally to align to the new dispensation.

Taxman
Its becoming evident that locally we are not capturing taxes on advertisements placed on Facebook platform. Whereas there is a view to introduce a subscription version of Facebook that will be free of ads, we are far from that reality on this part of the world where even free Facebook in form of express Wi-Fi is being deployed. We hence need to figure a way of tapping the growing revenues that Facebook mops form our market. The first step to achieving that will be to institute a Data Residency and Sovereignty legislation that will compel Facebook and other platforms to domicile the data generated by our netizens within our borders.
Secondly it will be to model a taxation model that could be based on the absolute revenues that Facebook makes.
Here’s a breakdown of how much ad revenue Facebook generated per monthly active user across the globe in 2017 (excluding revenue generated from Instagram and WhatsApp):

Kenya for instance falls under the rest of the world bracket and from the latest State of the Internet Report by Bloggers Association Of Kenya BAKE it indicates that we have an average of 8 Million active users on Facebook meaning Facebook makes an average of over US$ 48 Million Dollars per month from advertising in Kenyan territory this translates to Kshs4Billion.

The Media
Local media has been hurt lately due to decline of advertising revenues and this is due to most advertiser finding better returns on adverting on the Programmatic ad platform that Facebook has invested in. Surprisingly, the media and publishers have been pushing traffic to Facebook away from their traditional platforms thinking that it’s a way of building social engagement. This in retrospect has made social media platforms more agile in offering advertising solutions which they achieve through exposing ads books to algorithmic precision targeting that has left traditional advertisers counting losses. Its time for traditional advertisers to embrace programmatic ad buying solutions and attenuate reliance on social media for conversations.
Facebook has shied away from defining itself as a media company and curating editorial content. This means we’ll see Facebook take a more active role in determining the types of content that can be shared on the platform, especially when it comes to fake news and abusive content. Facebook is doubling its security and content review team to 20,000 by the end of the year, and aggressively investing in artificial intelligence to combat these
problems, which will significantly impact its profitability. Regardless, established digital publishers will continue to struggle with distribution.

Users
While there will certainly be user backlash and “delete Facebook” campaigns, the net impact on Facebook’s daily active user count will be muted throughout the rest of 2018. There is need to be more aware of what data you share on facebook. For instance as users its important to know that facebook knows the following and many other data points about you.

This is because the App is build on a hardware recognition programming language that requests for permission to access your phone records.

Advertisers
While some advertisers may pause campaigns, we believe the impact on ad revenue growth in 2018 will be insignificant. The targeting capabilities on Facebook will continue to provide brand advertisers with high ROI throughout 2018. After all, Facebook has, and will continue to have, robust data on its members, even if third parties have restricted access. It could even make the data inside Facebook’s walled garden more valuable t brands since they wouldn’t be able to access information collected through third-party developers. 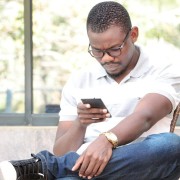 Top Data Science Certifications You Should Be Looking For

What You Should Know and Do Before Becoming a Data Scientist

Please consider supporting us by disabling your ad blocker